The Fake in Fake News: Save A Tiger, Lose A Public

Lots of murkiness surrounds when news is “fake.”

Is “fake” simply news you disagree with?

Is “fake” news that is entirely made up?

Is “fake” a biased report?

Is “fake” the use of anonymous sources that cannot be checked?

Is “fake” what other people call “fake”?

Is “fake” a report on only partial information?

Is “fake” a misleading headline?

But what if there is a deeper aspect of “fake”?

What about the “pseudo events” of the sheer reporting of news itself?

Communication scholars have long been aware of the “agenda setting” function of news and media.

Here the idea is not so much that news reports tell us what to think, but rather the presentational format, editorial choices, and pressers of news has a way of shaping what we pay attention to, what we think is relevant, or what to think about. 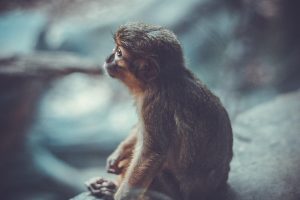 The frequency, timing, and repetition of reports shape what issues, events, persons, or controversies that rise to the top of our mental list.

And what if, just maybe, the real impact of this style of reporting is not a misinformed public, but a public that literally can no longer trust anything they ever experience, read, or learn?

For example, recently a video of tigers playing with drones (and winning) went viral.

The video was liked and loved. Comments such as “I love cats,” and I <3 Cats accompanied the shared video posts. 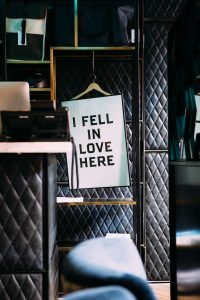 It’s hearts and love all around.

Then, days later, a second story is reported about that video.

The video loved by many is IN REALITY a very disturbing video about animal cruelty.

Consider how these news stories were each reported in time. The first viral video establishes a reality, the second “debunks” or “uncovers” a deeper reality beneath the first viral sensation.

Together the timing of these two videos produce a “debunking plot,” that produces a neuro-narrative trigger that shifts attention to the “falseness” of one’s immediate experiences.

The first video stirs the emotions, the feels, the loves.

The second stirs the intellect, offering a sobering effect to the feels as it reveals a more gritty, nefarious “reality.”

What we have here is an EXTREMELY insidious (and timeless practice) in news reporting.  The pseudo event. 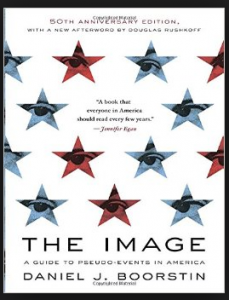 Consider this: If you wanted to create awareness of the issue of animal cruelty, could you have created a more perfect sequence of events?

First, you release a video that gains mass attention and inspires love and good feelings for big cats.

Second, you release a story about how those feels you felt were based on a faulty premise, on a false consciousness.

Now, you are not only upset for the tigers you have fallen momentarily in love with, but you are now also upset about their treatment and living conditions, as well as being made a dupe.

This is a purely brilliant orchestration of public sentiment for the purposes of pushing forward an awareness of the larger global issue of animal cruelty, not a mere reporting of unrelated events.

This is the one way “fakeness” get into the news, namely through the manufacture (intentional or not) of an event (viral video created with drones & cats) and then the subsequent reporting of that event as “news.”  It is public relations, or PR.

BUT THERE IS A DEEPER ISSUE

This form of PR-like fake news is born of clickbait news presentational forms and may or may not be intentional by design.

But what is for certain is that the form of the “debunking plot device” encourages a public to second guess its sheer experience of events.

It encourages moods of suspicion, of second guessing one’s own affective relations to the world and others.

It encourages a lack of trust in what is being reported AT ALL because our own experiences are subject to being faulty.

It encourages a faith in intellect over moods, emotions, and the sensual contact we have with others and the world.

What we think, not what we experience is what is important.

This (BTW) is a very conservative disposition, is it not? Are not conservative polices, for instance, often characterizes as cold and heart-less, lacking the sensuality of bodies, of emotion and empathy?

Could it be that such debunking device plots characterizing progressive messages that “reveal false consciousness” actually work against itself?

By being completely ignorant of the impact of the “HOW” a message is produced it paradoxically creates more of the same mentality that it wishes to overcome.

While angels focus on erecting a structure of awareness through clickbait content, with its debunking plot device, becomes an unwitting devil demolishing the structure’s foundation.

Debunking as a method of raising awareness is self defeating because it relies on the self-same mentality that celebrates a cold and calculating relationship to others, the world, and nature.

This “cold” mentality of suspicion reasons in the following way…

Because we can never know what others are thinking, and because we rarely take the time to slow down and think/read/reflect about the news or other people’s thoughts or the societal noise that surrounds us ourselves, we feel always on guard, always under siege, always in protection mode.

We do not trust those whose beliefs, ways of being, or ideas we do not understand. They are a threat.

Save a tiger, lose the entire ability to trust.